Today, I’d like to talk about cabriole legs: Something of which I’ve made hundreds (at least), and haven’t thought much about in years.  While prepping for a recent carving class, I started looking at them again from the perspective of someone who hasn’t made many, if any at all. The first questions that come to mind are: how do they work; how are they made; and what shape do you make them? 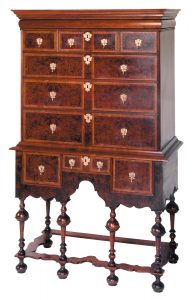 The first two questions are relatively simple to answer (there are numerous explanations all over the interweb), but the last got me thinking about the design of a cabriole leg from the perspective of someone who hasn’t spent decades studying their various shapes. Should you give your legs more (or less) curve? Should the knees and calves of the legs be thicker or thinner? What about proportioning the feet? If you want to make cabriole legs that have balance and tension you need to take some lessons from an old friend of mine: William Hogarth.

Cabriole Legs & The Analysis of Beauty

Mr. Hogarth lived in England during the first two-thirds of the 18th Century (so, it’s fairly obvious I didn’t know him personally) and was a painter and printmaker. In 1753 he published a book The Analysis of Beauty. In his book, he laid out six underlying principles by which all “good” art is judged. While those principles are essential to the book, the primary concept that concerns furniture makers is that all good art contains, at its core, the “line of beauty.”

What is the “line of beauty” you ask? Well, according to my friend, it is an “S” curve within a work of art that gives the work motion and liveliness. It is this curve that is essentially cabriole legs. 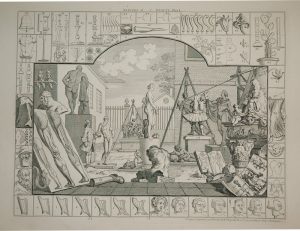 If you take a good look at the print from Mr. Hogarth’s book entitled “Analysis of Beauty, Plate 1” we can see in panels 49 and 50 a variety of shapes obtainable for legs. In #49 you can see a series of “S” curves drawn. The purpose of the panel is to give the viewer enough variety for a reasonable comparison. When looking at the drawings, which curves draw your eyes? 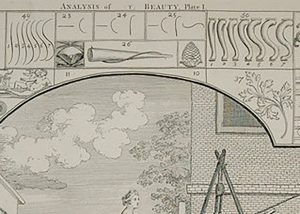 Looking at panel 50, we see the “S” curves take on new dimension in the shape of furniture legs. Again, the idea is to give the viewer enough variety to make a reasonable comparison. When you look at the panel can you see how the various degrees to which they are curved give each a different sense of tension and movement? Again, to which legs are your eyes drawn when you consider those that are the most pleasing? 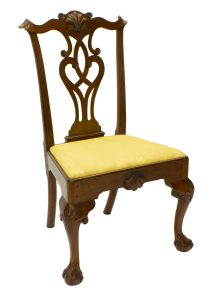 Hogarth’s underlying principle in his analysis is that straight lines evoke a sense of the inanimate. In other words, the object is lifeless thereby rigid and boring. You have to remember that Willy (as I like to call him) lived and flourished as life moved to the Rococo. All things cultural moved to the natural, living world in which people lived.

Cabriole Legs and the Rococo 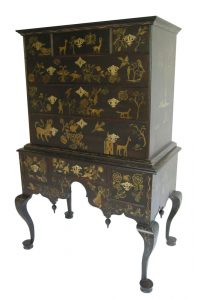 Realistically, if we look at period cabriole legs, we can find examples closely resembling the curves in all of Mr. Hogarth’s illustrations. In American furniture, different parts of the country had affinities for different shaped legs. Most of the examples that people consider desirable fall into the middle group of his illustration (legs 3 & 4). When we design cabriole legs, we want enough tension, or springiness, to give the legs a sense of movement without creating a sense of artificial movement.  So the adage “everything in moderation” applies to cabriole legs as well as to life. 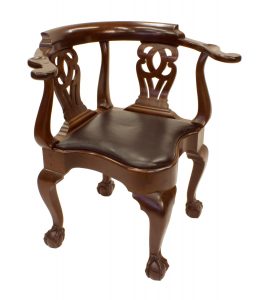 When looking at the South Windsor, Connecticut highboy (right) and the Newport, Rhode Island corner chair (left) you can see examples of legs similar to Hogarth’s #6/7 and #2, respectively. At the time I made these two pieces, I didn’t randomly pick the amount of curve for the legs; both are copies of originals. Shockingly, they are geographically close by today’s standards — consequently, the legs on the Newport chair appear a little “stiffer” than the artificial, almost cartoon-like, legs of the Connecticut highboy.

It is my sincere hope that this introduction to William Hogarth and his, “Analysis of Beauty” has you looking at cabriole legs, and 18-Century furniture design in general, differently than before. I’ve only scratched the surface. If you’d like to have more, leave a comment (here or on social media) or email/message me. I’m producing this stuff to help you become a better woodworker, but the only way I know you’re interested is if you say so.

And, since this is day10 of the 12 Days of Christmas buying season, use that as a coupon code at checkout to receive a 10% discount on my Carved Elements class taking place in August of 2019. The code is good for the next 72 hours, and the course is limited to 6 students, so don’t delay.