Tambour doors have (now) been around for centuries. I believe they reached the height of their refinement during the late 18th and early 19th centuries. You find tambour door construction showing up in a variety of furniture forms.

Although tambour construction got its start with traditional period styles, you can find doors and fronts using the method in contemporary furniture. The construction method lends itself to an almost unlimited variety of slat styles. And, in case you’re wondering, tambour door construction is the basis of the roll top desk.

Construction of a tambour door isn’t overly complicated. Traditionally, it’s a series of slats held together with a canvas backing. The slats can be square, beveled or rounded. You’ll frequently find the edges of the slat are left square, but some are made using a loose tongue and groove.

Looking at the illustration of the four slat styles, the far right slat has a skinny, tapered tongue along one edge and a wider groove along the other. When assembled the tongue floats freely inside the adjacent slat’s groove allowing each slat in the door to “hinge” off its neighbor. That bit of wiggle room in each edge joint makes the door flexible. 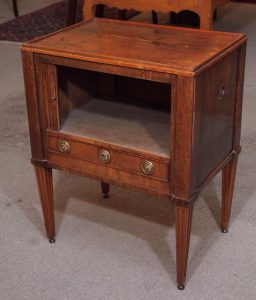 When all the slats are assembled, canvas is glued to the back of the assembly. It’s the canvas that allows the door to travel inside a groove in the case to open and close.

The groove typically curves inside the case allowing for smooth door movement. If the groove were cut with a right angle turn, the door would jam up instantly.

Tambour Doors in Use

Since the construction method became widespread craftsmen have included tambour doors in lots of different forms of furniture. You’ll find them used to cover the galleries of desks, enclose compartments within desk interiors and cabinets, and hiding areas of importance in pieces.

As I mentioned at the beginning of this post, tambour doors are not just for period furniture anymore. Contemporary furniture makers are adding them to all sorts of furniture in very creative ways. And, with modern tooling, they’re changing the way the slats are fit together and, in some cases, eliminating the need for the canvas hinge.

Next year I am teaching a class that uses tambour door construction – the Mid-Century Modern Secretary. The desk/dresser (or make it whatever you want) has two pigeon-holed compartments that are covered by tambour doors. If you’d like to learn how to make them, use the coupon code day4 at checkout to receive a 10% discount off the class. The code is valid for the next 72 hours. It’s not too late to give the gift of better woodworking for Christmas. 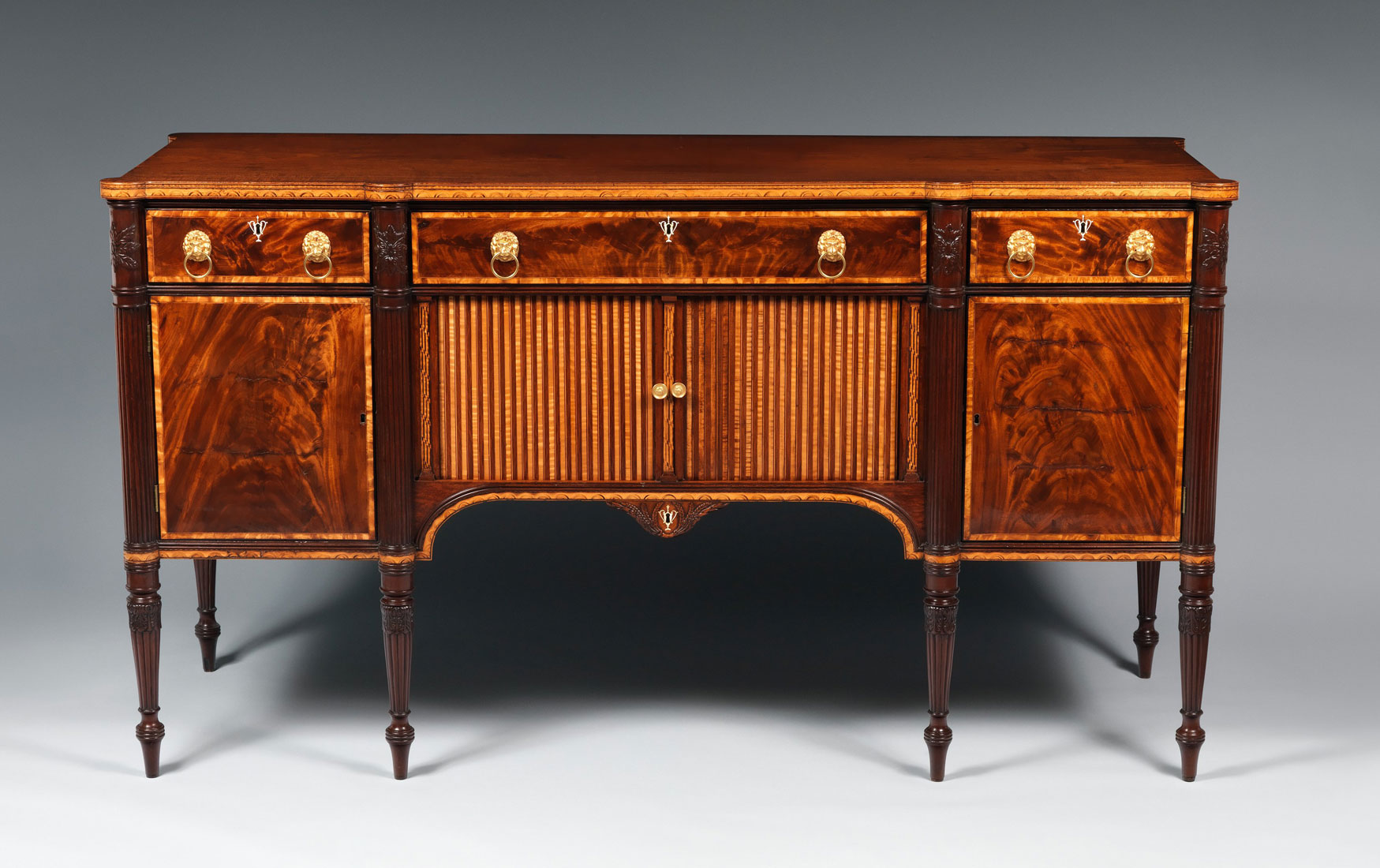 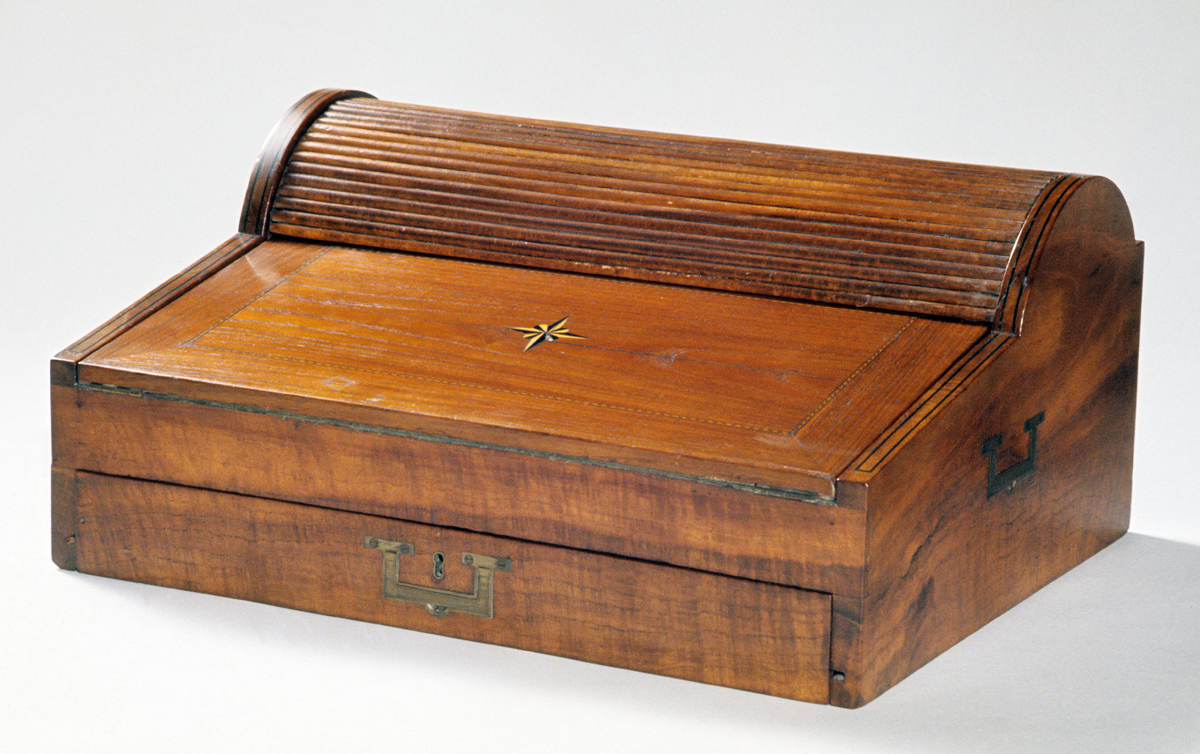 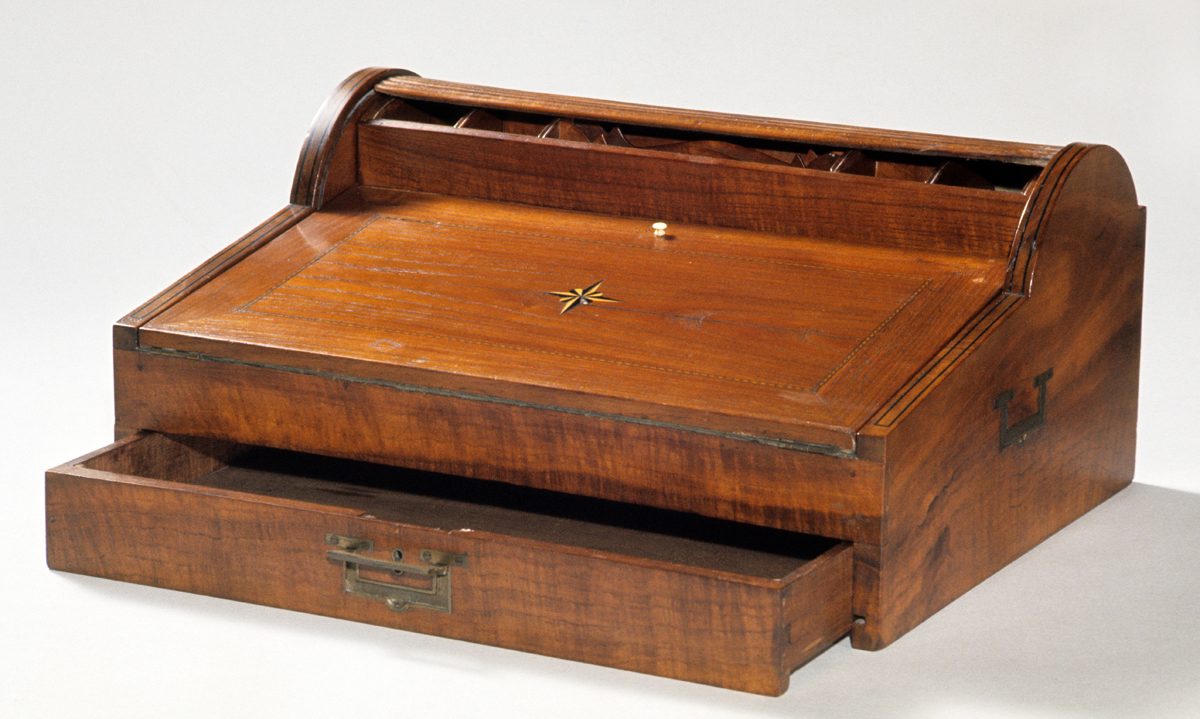 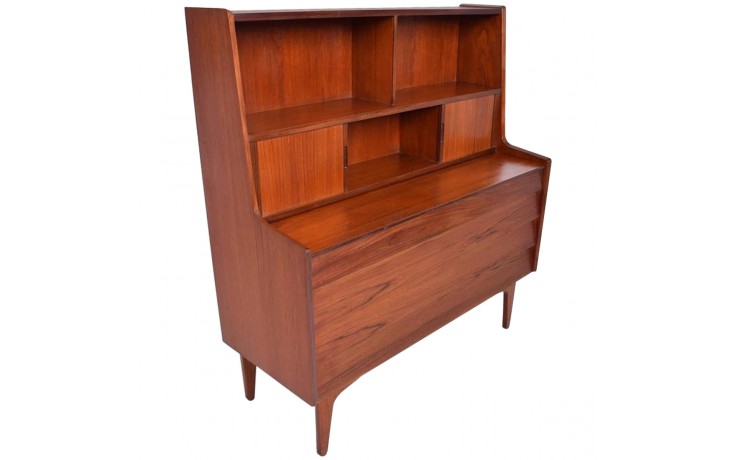 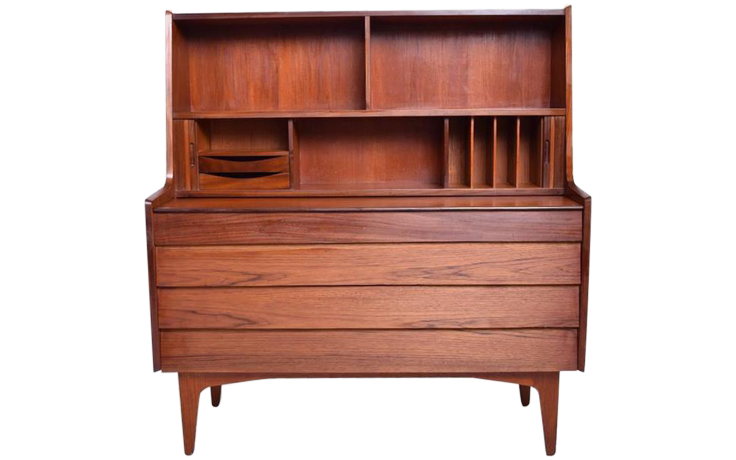